In our Latest bogus binary App review we expose Sarah’s Confession as a top Scam Software released.We are convinced that the SLX system is the worst scam to hit the binary options market in the recent times. It appears that while crafting her narration that she does not bear financial assets market in mind. After looking at the Sarah’s Confession website, it was discovered that the website is not different from other scams reviewed in this website. The first thing we observed when we accessed the website is email pop up asking for your email address. It is certain that the main reason for sending the pop up mails is to send spam messages to you. Genuine software does not demand your email addresses just to send unsolicited messages to you. This is one reason that shows that Sarah’s confession app is nothing but a scam.

Secondly, we observed the same scarcity counter used by other scam apps in SLX system by Sarah. This is again convinces us that Sarah’s Confession is a scam. It states that you have 5 minutes to sign up for the system or else you could lose the opportunity, because the copies would no longer be available to you. On reloading the webpage, the scarcity counter continued to be there. We use this to detect fraudulent trading app. It is certain that the Sarah’s Confession system should not be believed.

Sarah said that she has worked on Wall Street for many years, and that was where she discovered a method called SLX designed by one Jason Strauss. She said that she has been using it to earn money trading binary options market. She claimed that Sarah’s Confession software earn her as much as $60,000 dollars every day. This claim raises an eyebrow about the fraudulent app. How is it possible that a system can earn you $60,000 every day from binary options market. This is incredible. Sarah knows that no expert trader would ever believe her jargon. She did not tell us the level of investment she made that earned her that amount of money. Is she claiming that at an investment of $250 dollars as many of the fake brokers demand she can earn that amount of money? This is only points to the fact that both Sarah and her SLX  system are scam.

We have every reason to believe that the software is one hundred percent scam. Right from its spurious claims, to the algorithm method based to deliver signals, its fake claims, and so on are sufficient to blacklist it.

Sarah claimed that she has been in the Wall Street for many years. We do not want to waste time in dismissing that. If Sarah has actually worked in the Wall Street as she has claimed, she should have provided her real identity in the Sarahsconfession.org website to enable us to check her background information to determine actually whether she has worked with such reputable company or not. Right now, there is nothing about her background to enable us to identify her identity. This tactics is not short of what other scams we have reviewed here did to deceive its users. This is a tangible evidence to show that Sarah’s Confession software is nothing but fraud. Do not be deceived.

Why SLX System is Bogus

She talked about SLX system, which she claimed was developed by one Jason Strauss. When you search for this Sarah’s Confession Method, you would discover that it has no significant relevance to the binary options market. This can only work in a clogged market environment. This shows that the message being presented by the Sarah’s Confession developer is not only misleading, but also confusing. It can convince newbie traders. Why should somebody who claimed to be a professional investor use a system that triumphs in a clogged market environment for trade binary options. We can only conclude that it is completely insignificant and irrelevant to a trader. You are sure to lose your money if you rely on this deceitful software.

Perhaps, the worst annoying thing about Sarah’s Confession review is the fake testimonials they used to deceive traders into signing up for it. Not all the names and claims of success presented in the website can be authenticated. First, we discovered that all the names and images presented were fake. You cannot trace any of the images of the claims of success they made. It appears that Sarah’s Confession fall back to the same tactics used by other scam software by purchasing testimonials from fiverr.com. If you want to use the app based on the weight of feedback and testimonies presented to you, you would be making a serious mistake, because all the testimonials were faked. They are not reliable and misleading. This shows that Sarah’s Confession is a scam.

We have already stated that it is not possible to make that type of money claimed by Sarah using her software. This clearly shows that inventors of the Sarah’s Confession tool know nothing about how financial assets market actually work. It is only targeting new people, especially those who are looking for shortcut ways of earning money. It is not surprising that no endorsement website has approved the system. This sign is good enough to prevent you from wasting your money on the scam software like Sarah’s Confession.

Traders are not so much interested in the number of feedback and testimonials you have earned. They want to know the mechanism of the system. Prove to them the technique you uses to generate your signals. They can review such technique and determine whether they can use it or not. Sarah’s Confession is bereft of any algorithm. This shows that it is a scam.

Sarah’s Confession is a scam. Do not waste your money on the fraudulent software. There are several profitable systems that can help you earn money, some of them were reviewed here.Always read our scam binary options signals page before you join any binary products . 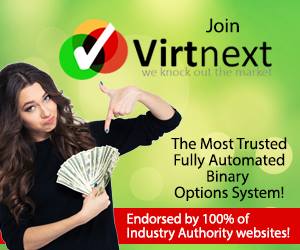